Van Cleef & Arpels 101: The Enduring Luck of The Alhambra

“To be lucky, you must believe in luck,” Jacques Arpels liked to say. The nephew of Estelle Arpels — whose father Salomon Arpels founded the famed French jewelry house with her husband Alfred Van Cleef in 1896 — joined the family business in the 1930s. That was three decades after the Maison of Van Cleef & Arpels opened its doors in 1906 at 22 Place Vendôme in Paris to sell Van Cleef and Arpels jewelry to chic Parisians. A firm believer of luck, Jacques liked to pick four-leaf clovers from his backyard in Germigny-l’Évêque, a village some 39 miles northeast of Paris. He would give the clovers as a gesture of luck to employees, along with a copy of the poem “Don’t Quit” by American Quaker poet and abolitionist John Greenleaf Whittier, which reminded them to persevere through times of difficulty. 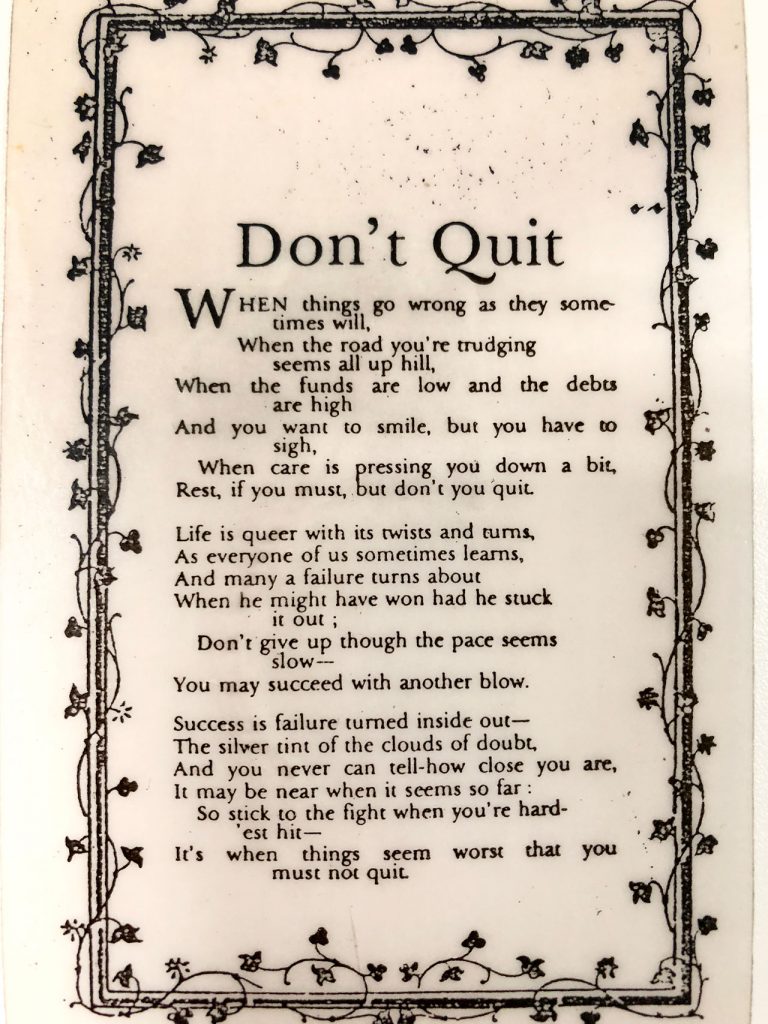 The four-leaf clovers would become one of the design pillars of the legendary French jewelry house, along with other magical symbols of good fortune, including fairies and wooden talismans. The four-leaf clover appeared in Van Cleef & Arpel collections as early as 1928, according to its archives. The good luck charm would serve as the starting point for one of the brand’s most enduring and iconic designs: The Alhambra.

Origin
Jaques’s love of the four-leaf clover sparked him to debut The Alhambra in 1968 in the form of a gold sautoir, a long Van Cleef & Arpels necklace embellished with 20 equidistant quatrefoil-shaped motifs, each one encased in creased yellow gold and surrounded by gold beads.

Etymology
The Van Cleef & Arpels Alhambra takes its name from the famed 8th-century Moorish palace, fortress, and citadel located in Granada, Spain. That Alhambra, the only surviving royal territorial center of the Islamic Golden Age, earned its name from the red-hued walls and towers that line the compound; The Arabic term for “red fort or castle” is al-qal’a al-hamra. For the Van Cleef & Arpels Alhambra, Jacques fused together his favorite symbol of luck: the four-leafed clover, with the architectural element of the countless quatrefoil — a Byzantine-era form meaning “four leaf,” inspired by his preferred good luck token — shapes that were intricately carved into the The Alhambra’s walls. 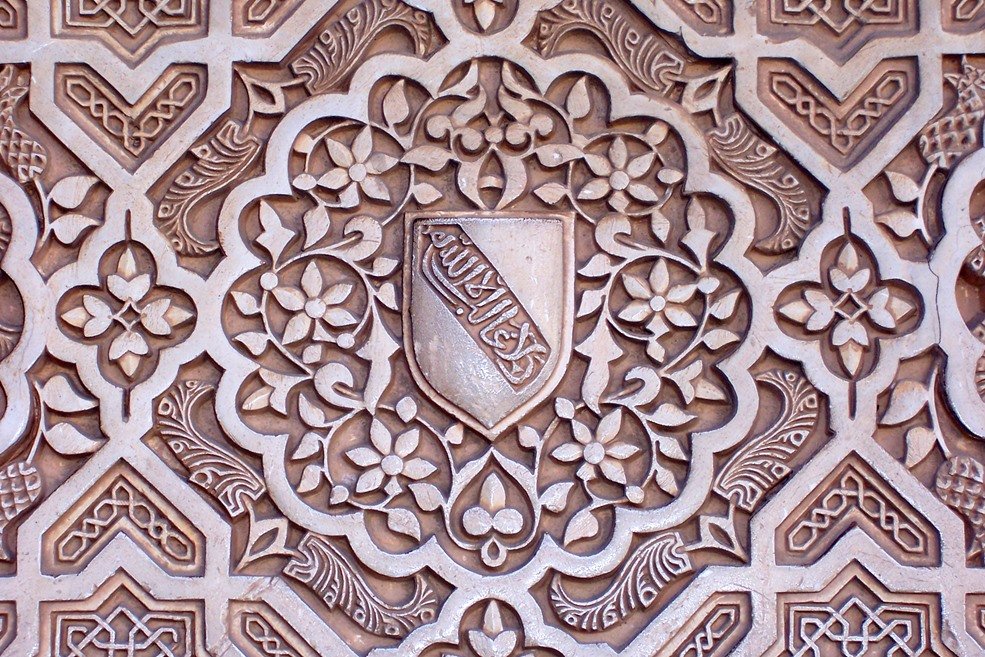 A detail shot of a wall embellished with quatrefoils in The Alhambra, in Granada, Spain. (Courtesy History)

The Design
The craftsmanship behind The Alhambra is a result of the painstaking efforts of different areas of expertise, that begins with the lapidary — a person who cuts, polishes, and engraves gems — to the jeweler, who puts the pieces together, setting the stones and then polishing the finished pieces. Over the years, the collection has expanded from the original sautoir into rings, earrings, bracelets, watches, and more, decorated with a wide array of precious and rare stones, like lapis lazuli, tiger’s eye, grey mother of pearl, malachite, onyx, blue agate, among others.

The Era in Which The Alhambra Was Born
The Alhambra was unveiled as Paris was in the midst of a cultural revolution in 1968. The student protests and demonstrations that fought against capitalism, consumerism, and the government — which was led by then-president Charles de Gaulle allowed the French capital to shed its staid ways. The period would eventually become known as May 68. It halted the French economy for a period of seven weeks. Yves Saint Laurent had launched a revolutionary new concept of clothing meant to be bought off the racks called prêt-à-porter — ready-to-wear — with the opening of his Rive Gauche boutique just two years before, giving way to a more casual and relaxed fashion sense. Designers like Pierre Cardin, Paco Rabanne, and Mary Quant unleashed a look that reflected a post-war feminist attitude that carried a liberated sense of fashion through short mini skirts and masculine suits.  Tired, uptight traditions, such as that fine jewelry was only supposed to be worn for special evening occasions, eventually led to a more laid-back tone. Jacques wanted to capture the sentiment through a piece of jewelry that was meant to be worn as a more casual, everyday accessory. The long, loose Van Cleef and Arpels necklace evoked the hippie and mod aesthetics that were popular at the time.

Celebrity Status
Countless film stars, singers, and performers from 1968 to now, including Elizabeth Taylor, Blake Lively, and Reese Witherspoon would go on to embrace the timeless allure and fortune of the Van Cleef & Arpels Alhambra. 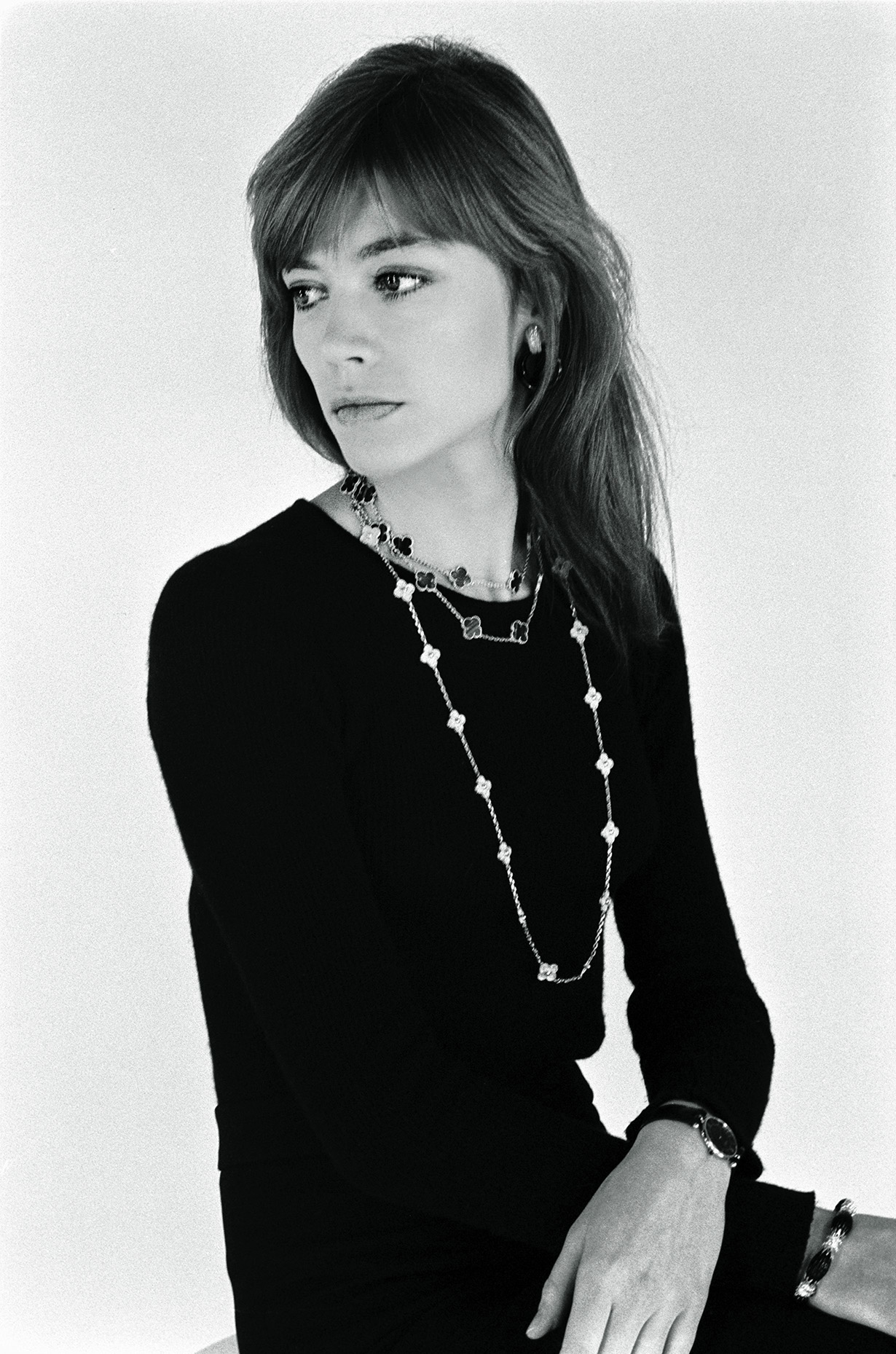 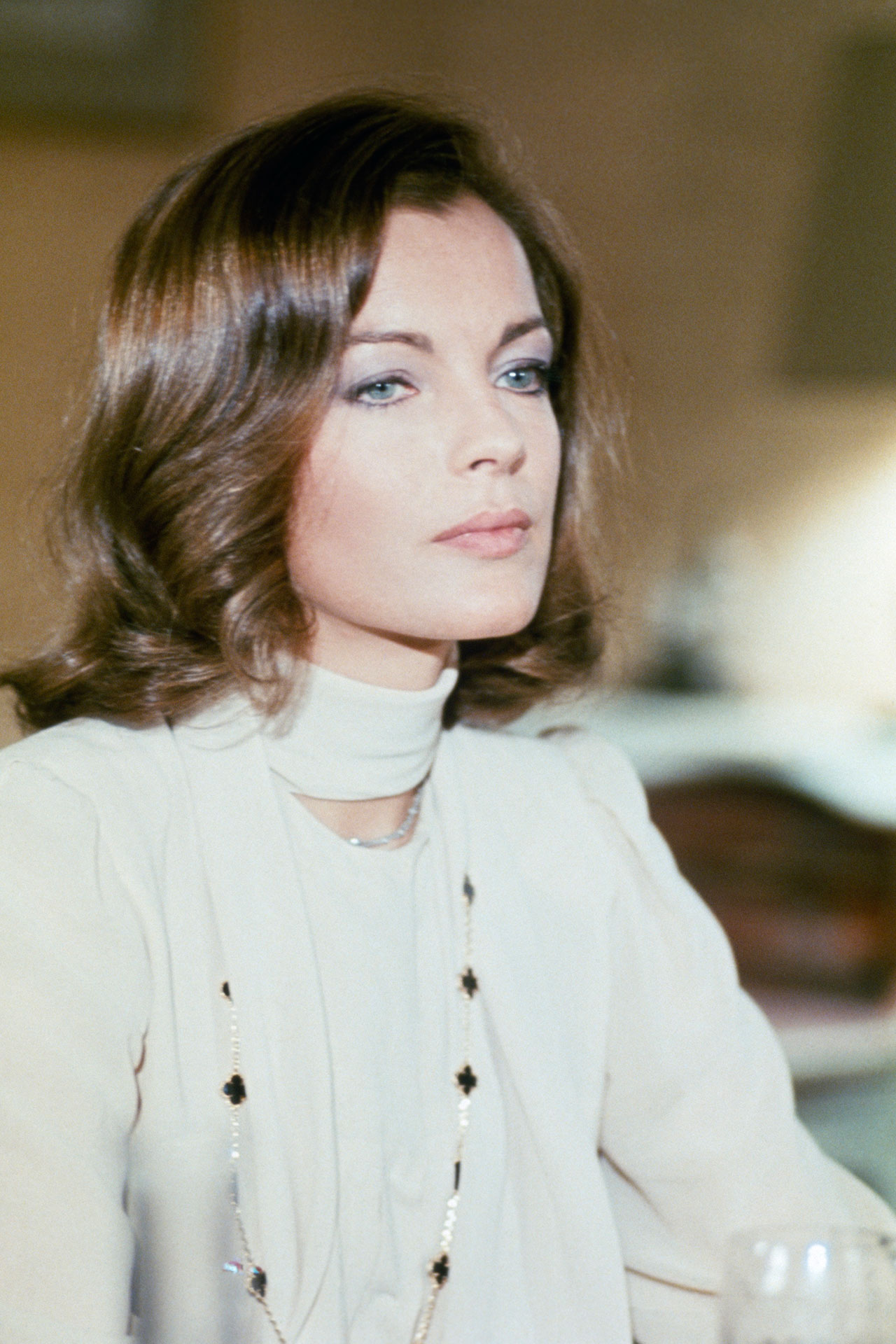 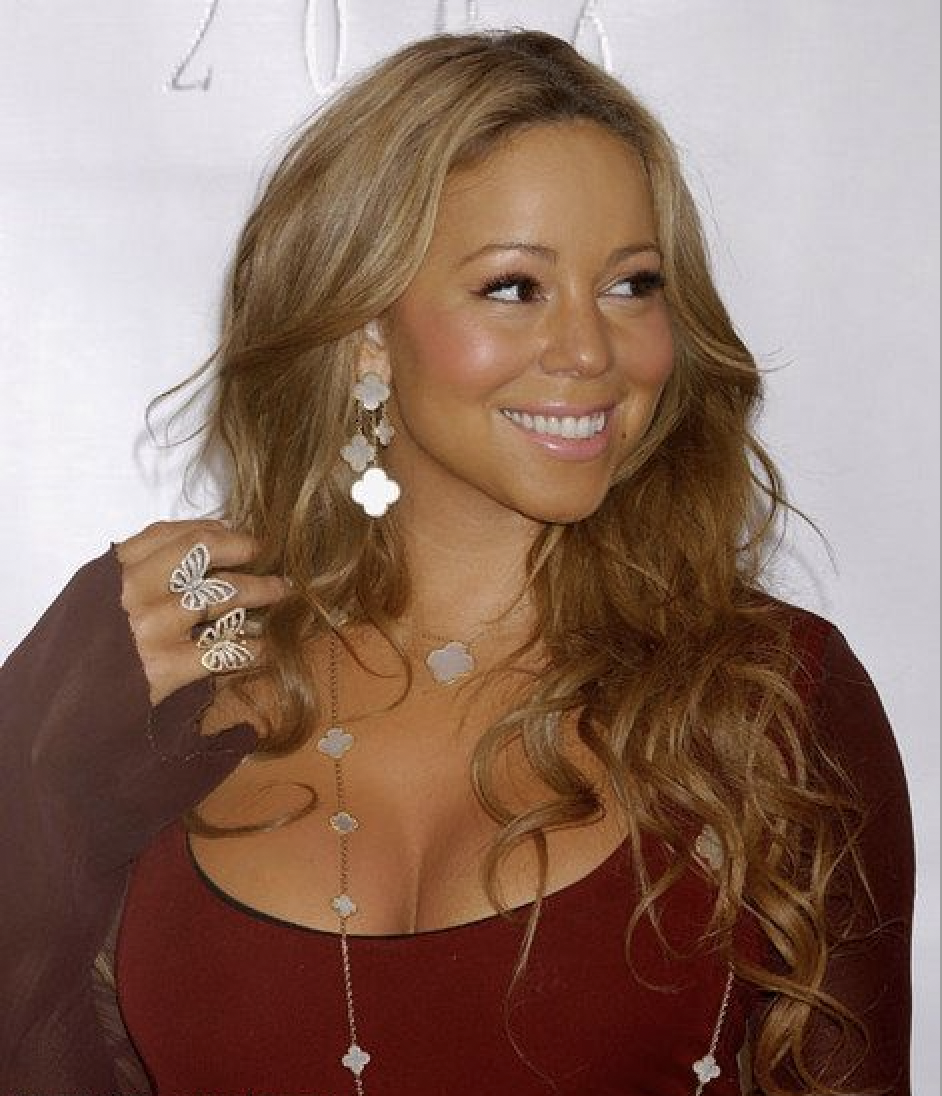 A Royal Staple
Princess Grace of Monaco embraced the Alhambra long before it was considered a timeless classic. Today, the House of Windsor favors the classic lucky charm. 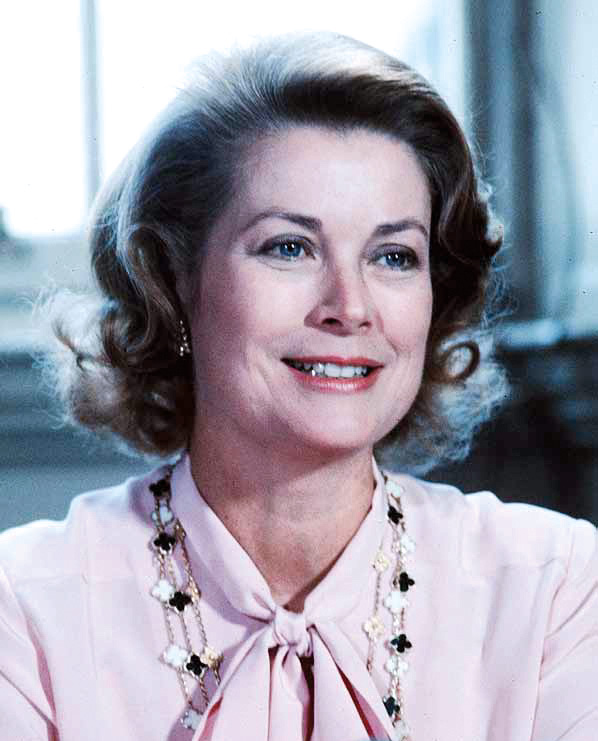 Princess Grace of Monaco in 1979 in several strands of the Van Cleef & Arpels Alhambra Sautoir. The house paid tribute to the actress-turned-princess by dedicating several limited-edition pieces from its 2010 Vintage Van Cleef and Arpels Alhambra collection to her. (Anwar Hussein/Getty Images) 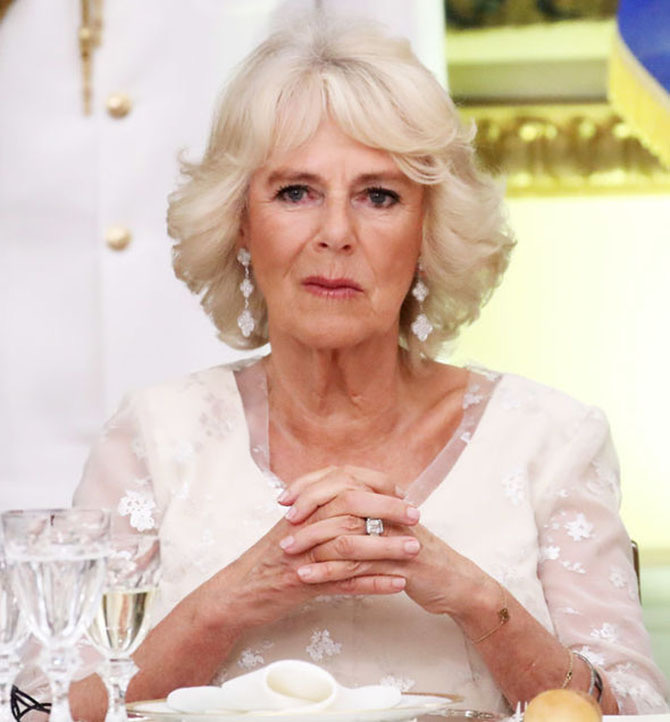 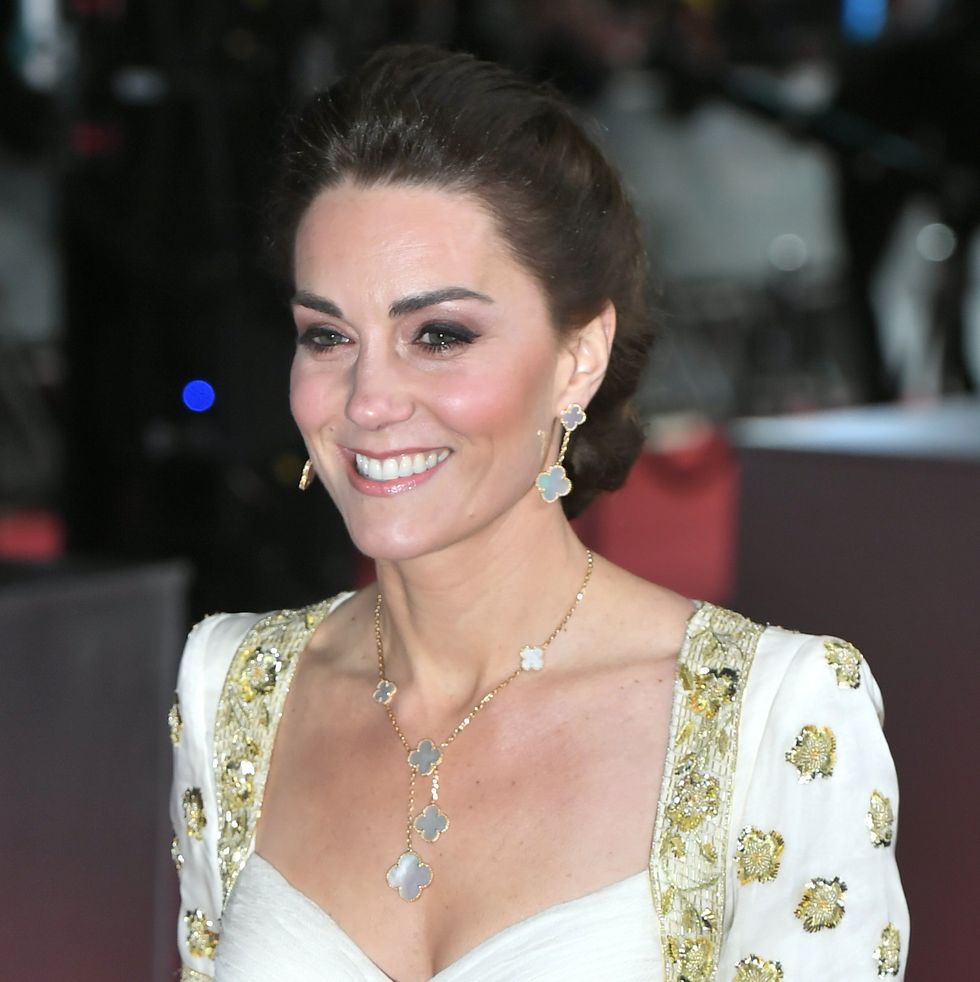 Market Value
The market value for pieces in the Van Cleef & Arpels Alhambra collection are promising due to the collection’s timelessness and signature status. Van Cleef & Arpels itself performed very well despite the pandemic taking the hold of the world in early 2020. Vogue Business reported on July 3, 2020, that jewelry spending is still promising despite sales being down. “There are going to be probably less visible fireworks, fewer beautiful events, but the true and long-term relationship with clients and collectors remains and is probably even stronger than before,” said Van Cleef & Arpels CEO Nicolas Bos during a Richemont earnings call on March 31, 2020, according to Vogue Business. Later last year, in a December 2020 New York Times article with the headline “Even in a Pandemic, Fine Jewelry Is Selling,” Compagnie Financière Richemont, the Swiss luxury group that owns Cartier and Van Cleef & Arpels, stated that the results for the six months ended September 30, 2020 Jewelry sales in the second quarter grew by 4 percent at actual exchange rates compared with the prior year. The article also reported that Johann Rupert, Richemont’s chairman said “successful digital initiatives and the continued appeal of iconic collections,” are why jewelry managed to survive Covid-19. On January 20, 2021, Yahoo Finance! reported that Richemont stated a 5 percent increase in quarterly sales led by strong growth at its jewelry brands in Asia and the Middle East.

One 2017 New York Times article stated that a woman purchased a limited edition malachite Van Cleef & Arpels Alhambra necklace — only 100 were produced — a decade before and that she sold it for more than $12,000 — twice as much as what she initially paid for it. According to Andrew Brown in a report on The Coveteur, CEO of WP Diamonds and Gemma by WP Diamonds, if in near-perfect condition, “Most Van Cleef & Arpels bracelets and necklaces and Cartier Love bracelets are the best and fastest sellers and typically resell for 75 percent or more of retail.” In that same report, they state that for The Real Real, “they see the highest numbers from the Van Cleef & Arpels Alhambra collection, reselling for up to 200 percent of the original retail price.

1972: Onyx and coral are used in the Alhambra collection.

1973: Tiger’s Eye becomes a part of the Alhambra collection

1974: The bold blue of turquoise finds its way into the Alhambra.

1985: Two new stones are introduced in the Alhambra collection — carnelian and diamonds on yellow gold.

1989: Blue agate is highlighted in the latest Alhambra pieces.

1994: Rock crystal is introduced to the Alhambra. 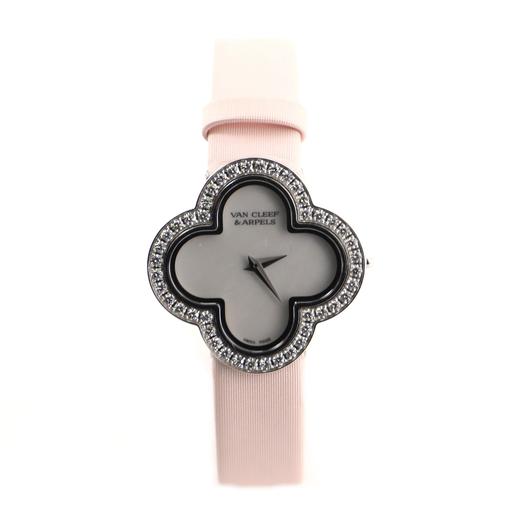 2001: Pure Alhambra creations makes its debut; The original style is with the beaded border is reintroduced as Alhambra Vintage. 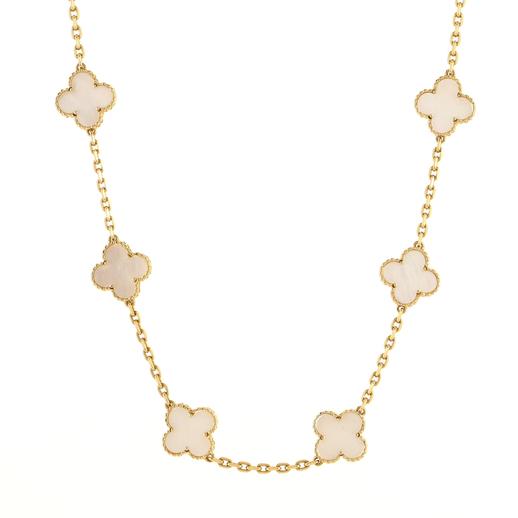 Click to Purchase: A necklace from the Alhambra Vintage collection (Rebag)

2006: Lucky Alhambra, which features several charms, and Magic Alhambra — which combines different sized quatrefoils in one piece — join the family. The milky chalcedony gemstone is featured in the Alhambra. 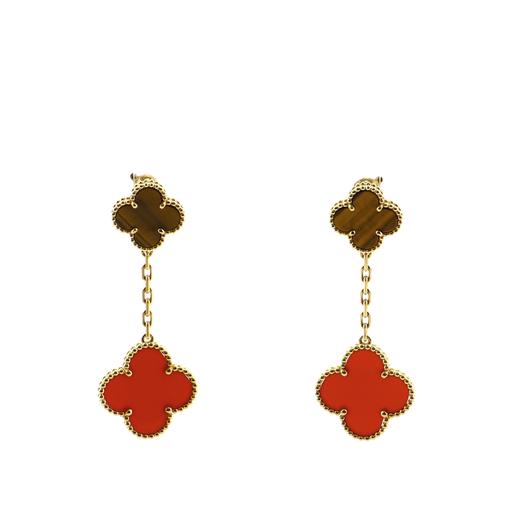 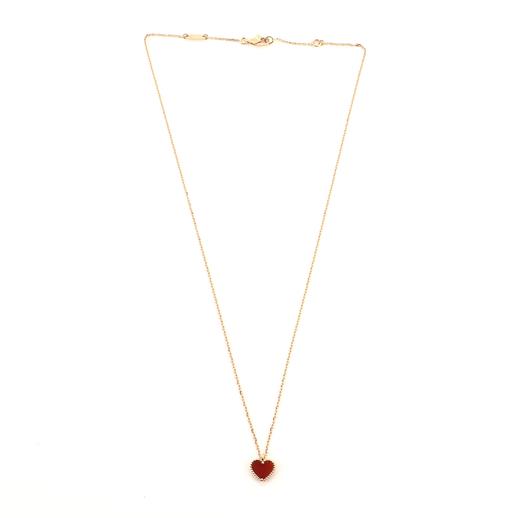 2018: Maison Van Cleef & Arpels celebrates the 50th anniversary of the Alhambra with new combinations of materials. 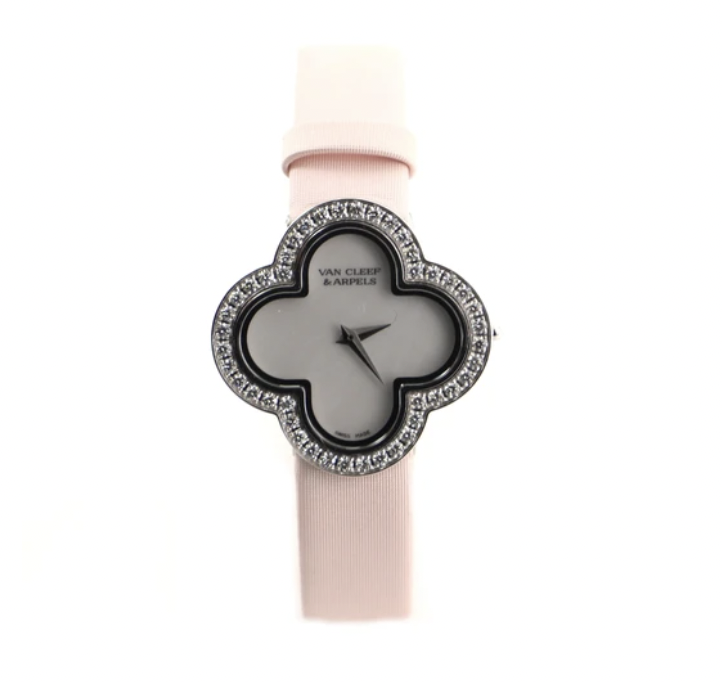 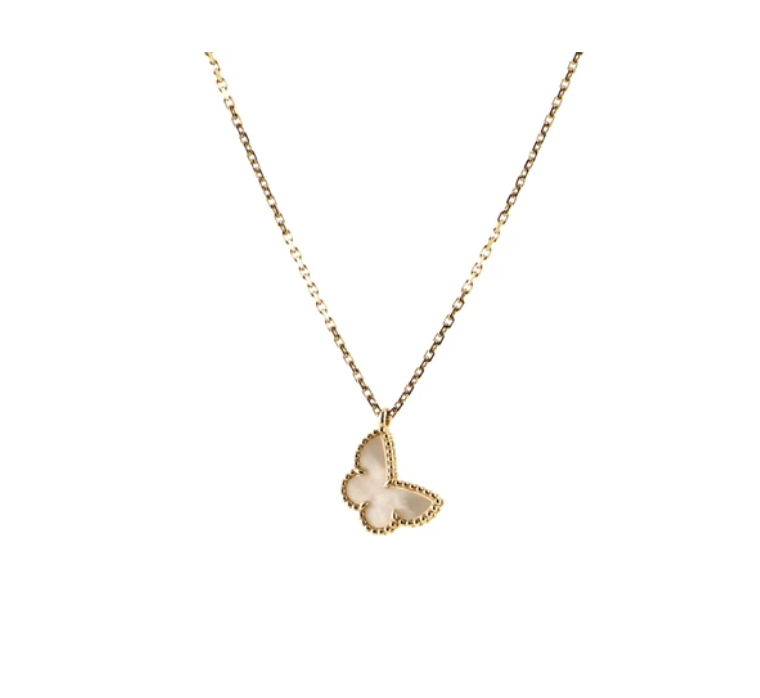 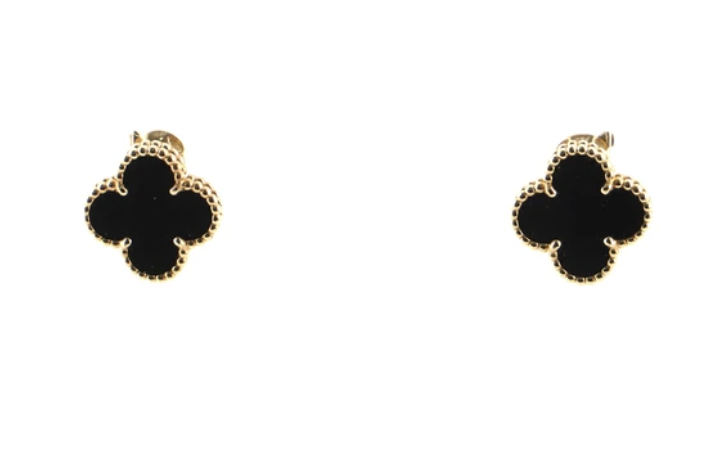 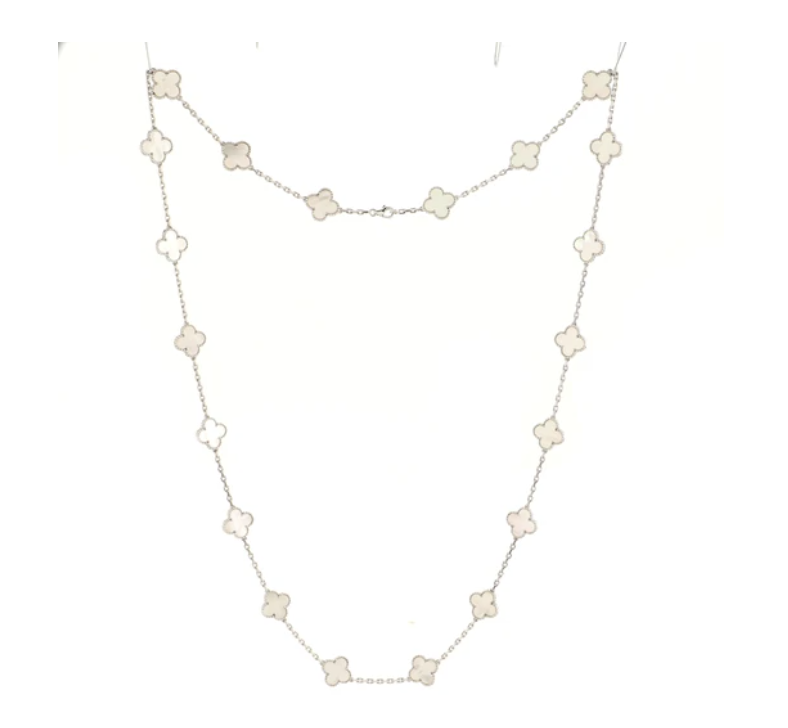 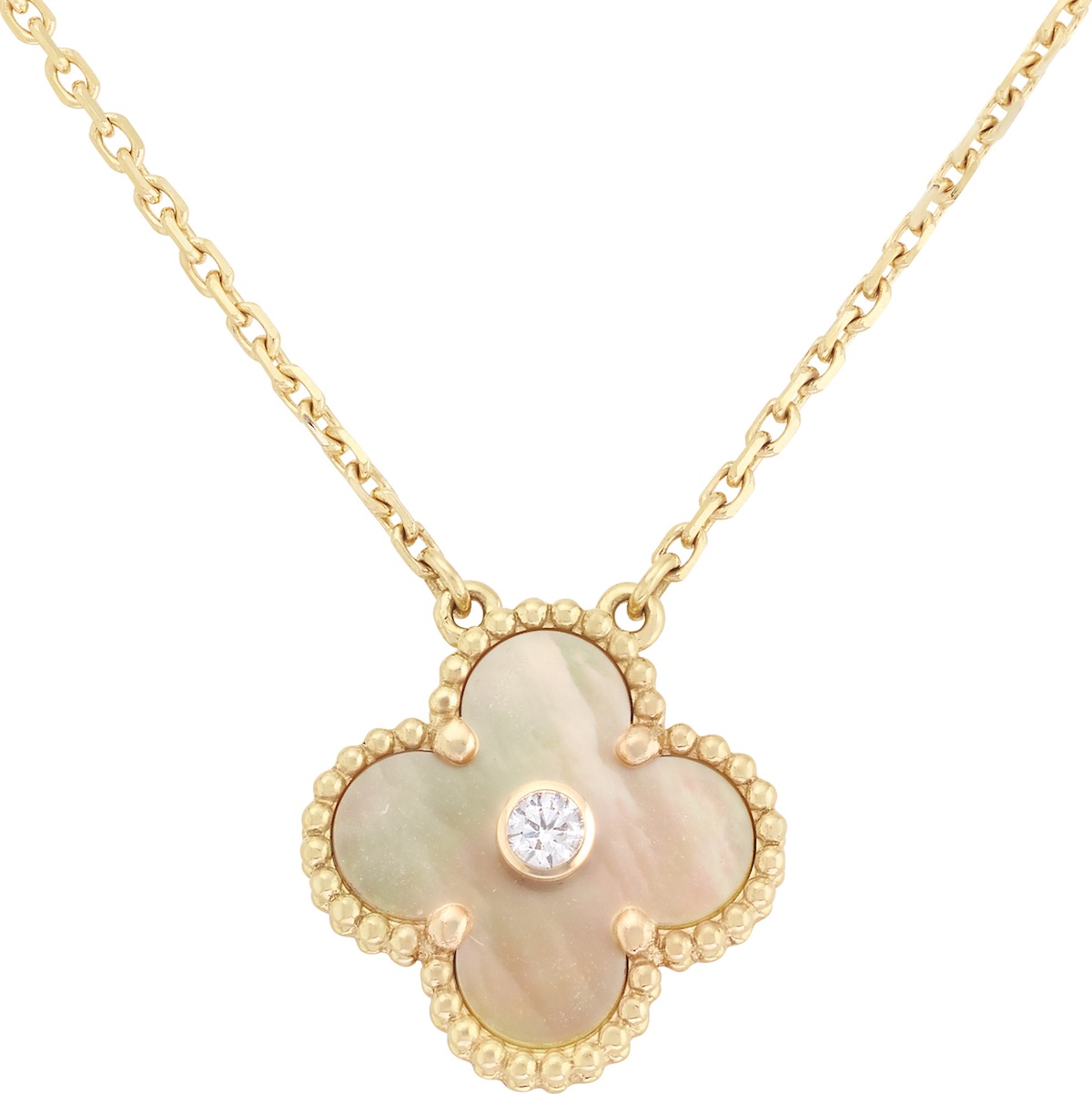 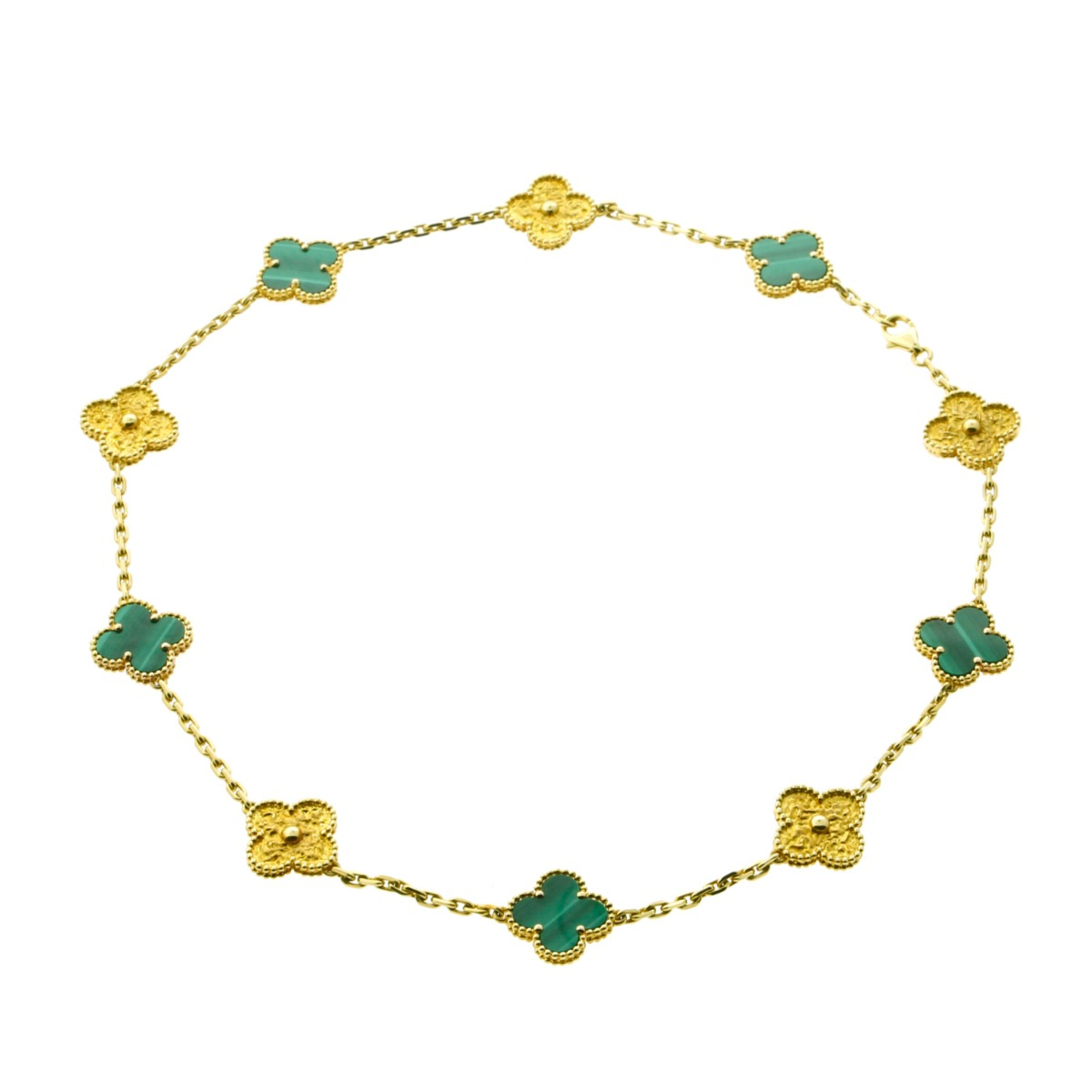 The Limited Edition Van Cleef & Arpels Malachite Vintage Alhambra Necklace: Produced around 2007, this rare limited edition was one of 100 pieces made in this style. The Alhambra quatrefoil motifs are double-sided and crafted in both 18kt yellow gold and malachite. They are linked by an 18kt link chain. (Opulent Jewelers) 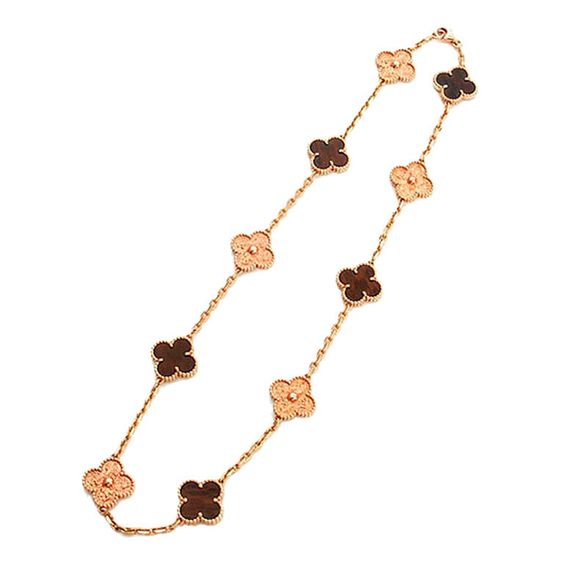 Limited Edition Van Cleef & Arpels Alhambra Letterwood Gold Necklace: This special gold necklace was made with vintage Bois d’amourette that was purchased by Jacques Arpels over 25 years ago. (1st Dibs)